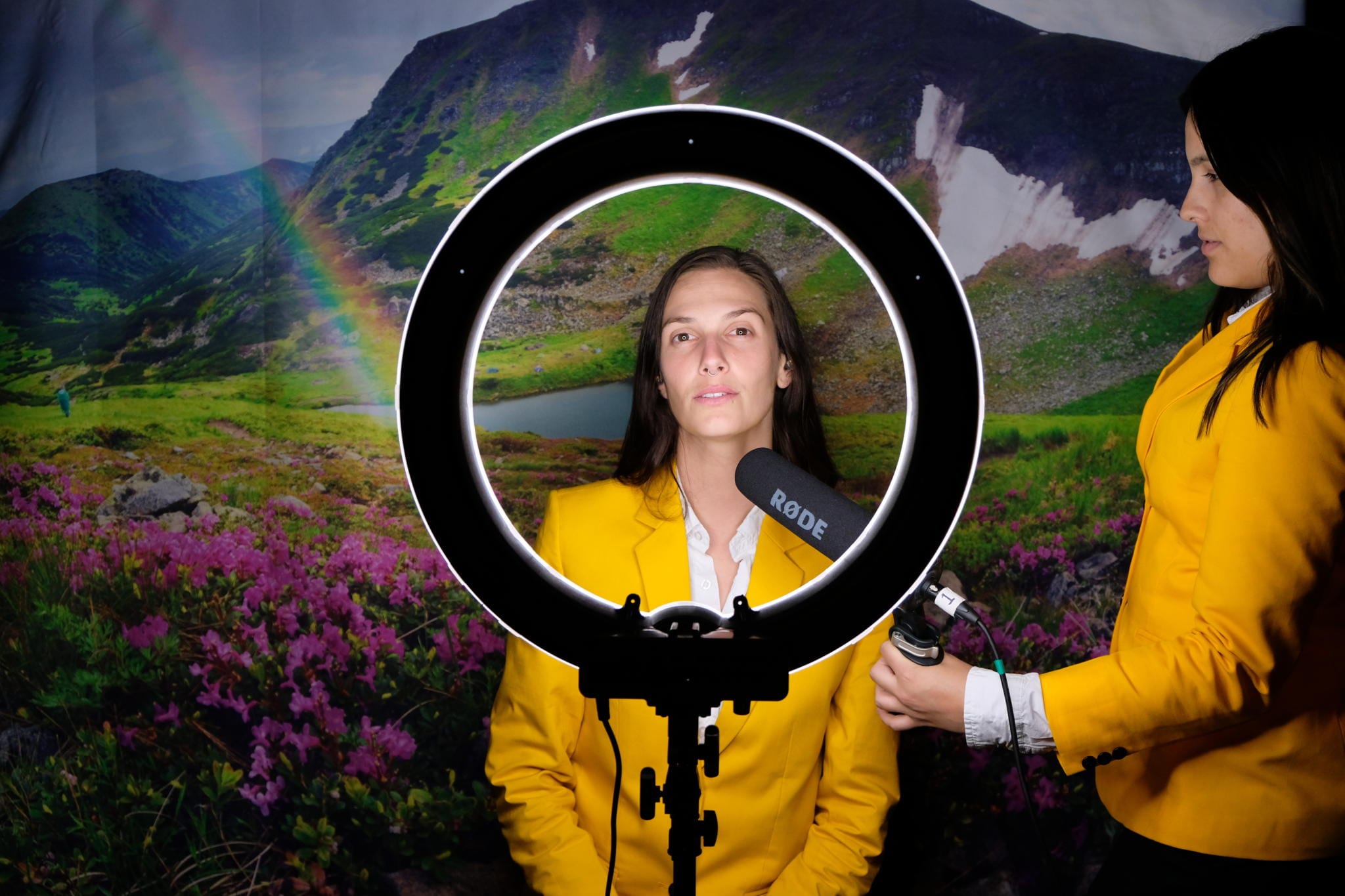 Houses hold histories, memories, and secrets—whether small or large, whether rented or owned—our homes are a vital part of who we are. In a moment of mass migration and displacement, Theater Mitu upends Anton Chekhov’s 1903 text The Cherry Orchard to explore how families across the globe must again and again find ways to redefine the idea of home. Interjecting Nobuhiko Obayashi’s 1977 cult horror film HOUSE, text from company conducted interviews, and live music, this technology driven work creates a detailed portrait of what we value, what haunts us, and what gives us the courage to move forward. 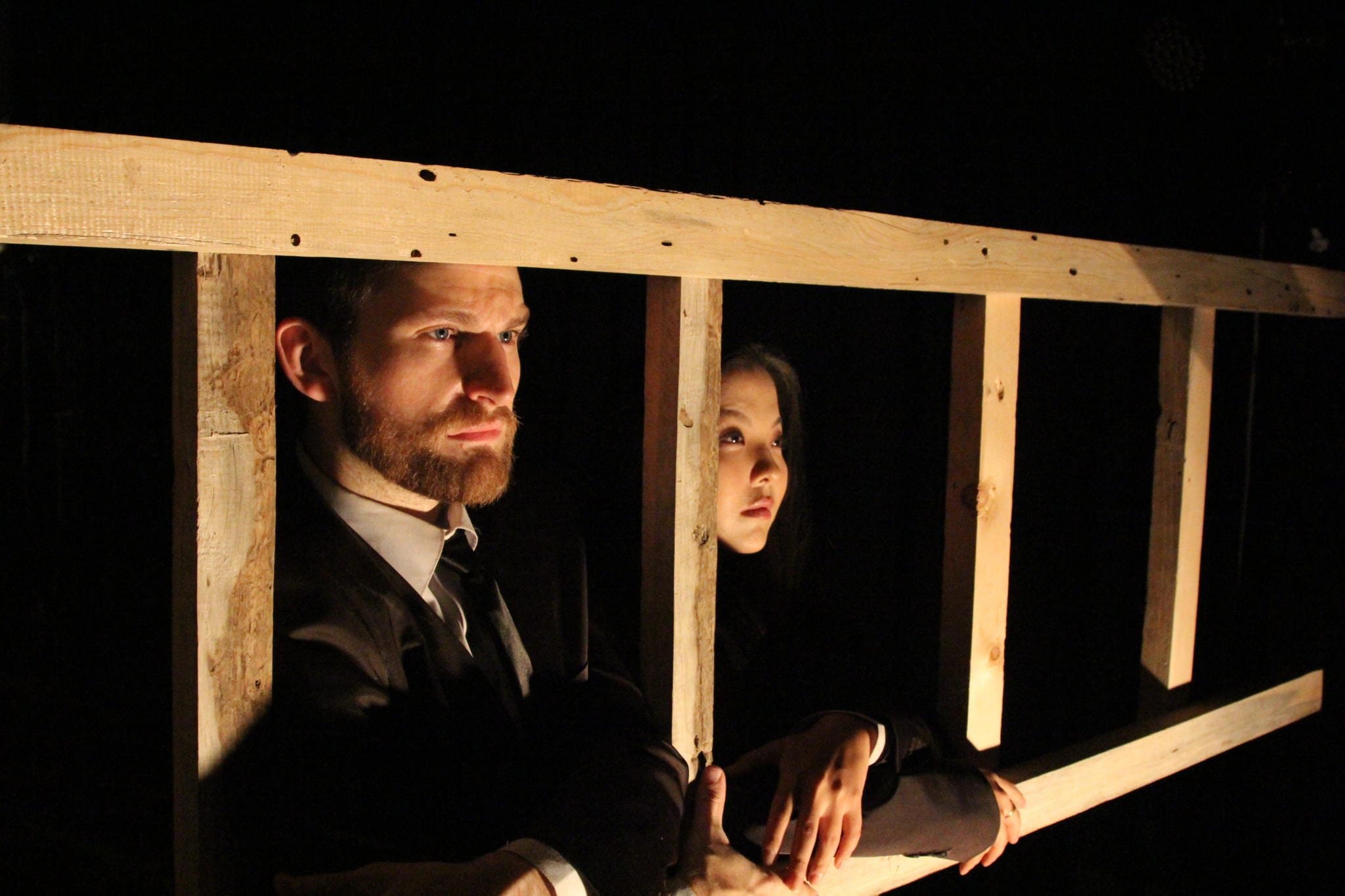 Heart Piece is an international performance project in collaboration with renowned Mongolian vocal artist Nominjin and Theater Mitu that explores the many expressions of love in the differing cultural climates of America and Mongolia.  As Mongolia transforms due to unprecedented profit from mining windfall, ideas of the “American dream” encourages its citizens to continually reinvent themselves, for better and for worse. Thus creating a tectonic shift in ancient belief systems that have historically stabilized this landscape.  The changes affect gender, family roles, marriage, work roles; but at the core, it affects beliefs around the subject of love. Theater Mitu is interested in asking, what becomes of love and the human heart in such unstable cultural landscapes? How do superstitions, beliefs, and traditions survive amidst such rapid change? The answers to these questions serve as the foundation for this performance project.

The culmination of this project premiered at the Black Box Theater in the capital city of Ulaanbaatar, Mongolia.  It then traveled to Mongolia’s second-largest city, Erdenet, with support from the US State Department. 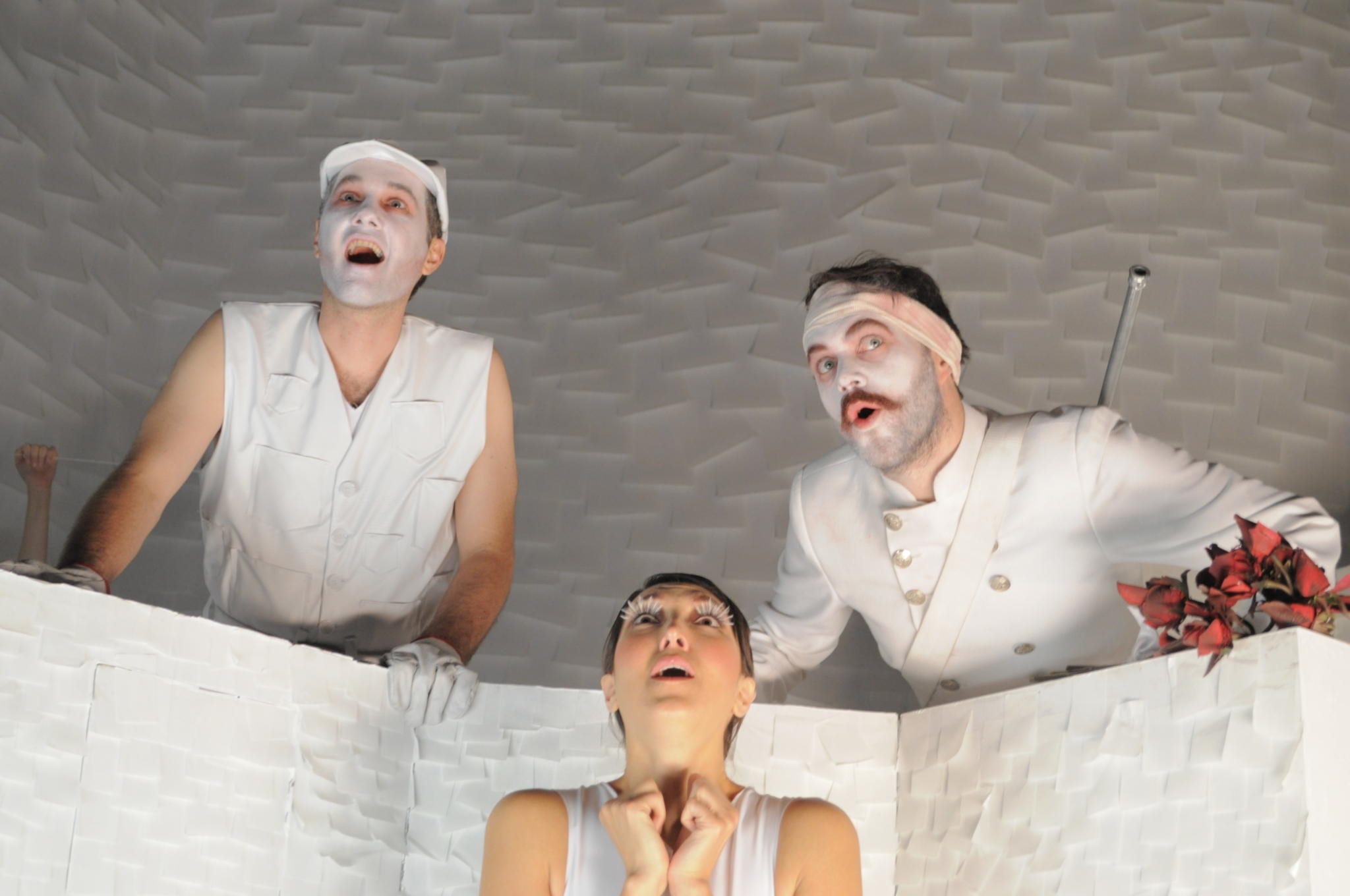 Amidst a fascination with alchemy, eastern thought and Christian mysticism, August Strindberg wrote one of his most enigmatic and emotional plays.  This adaptation focuses on the epic nature of Strindberg’s work.  Witnessing each of these characters less like visions of some impending future, but more as creatures from a collective mythology that explores love, suffering, struggle, and above all, the ability to acknowledge that what defines us also confines us.  Using Theater Mitu’s Whole Theater approach, this piece energizes the text with acrobatic physicality, modernist design and an impactful live music score, as well as strains of Japanese Butoh, Noh, and Indian Kathakali. 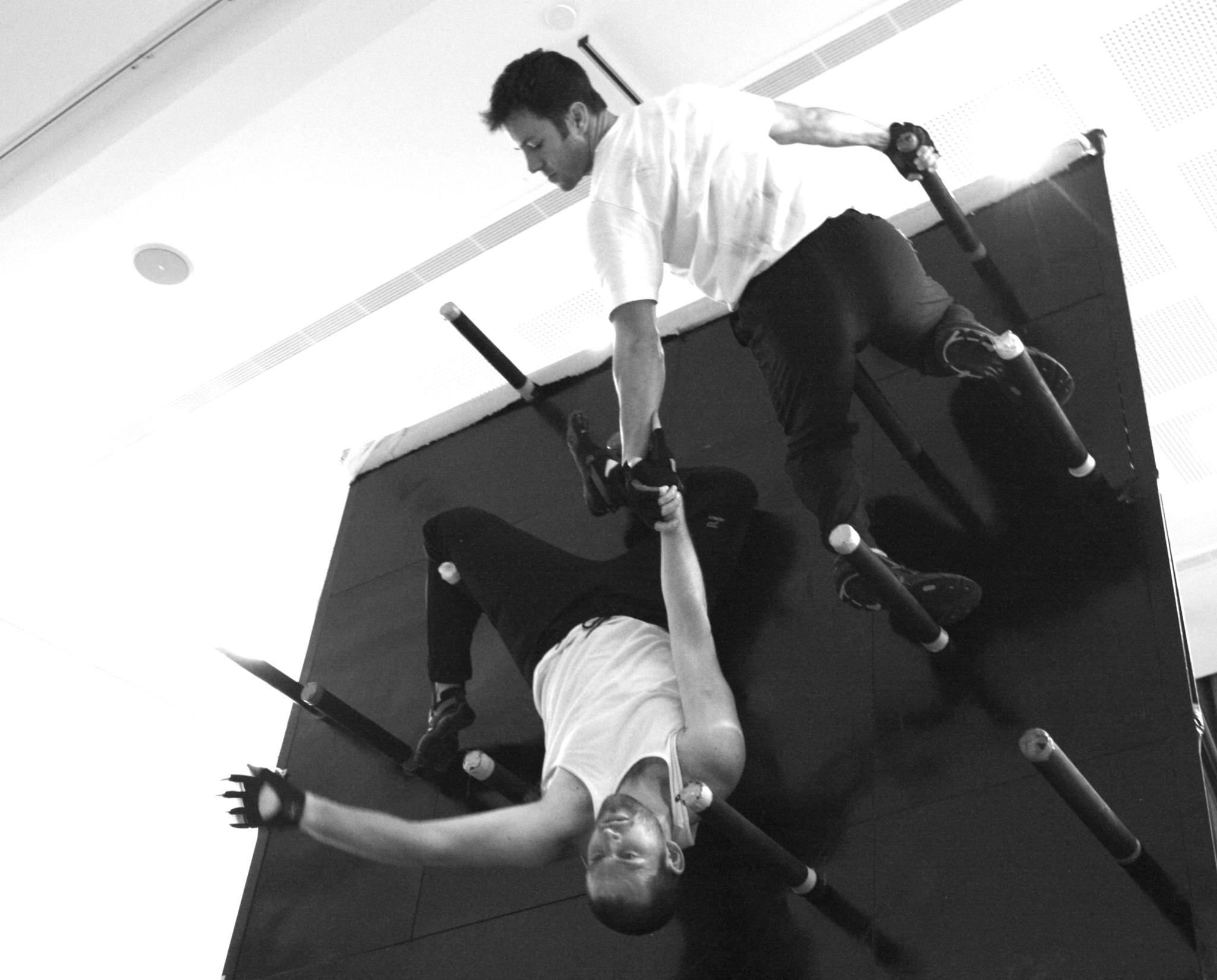 This piece investigates the idea of “waiting” and all of its many definitions. This non-narrative piece is performed on a vertical wall (traditionally used for military training) using found music, projections, interview texts, original text and found texts. The piece is inspired by the incredibly complicated landscape of Abu Dhabi and the ethos of waiting that defines this place. 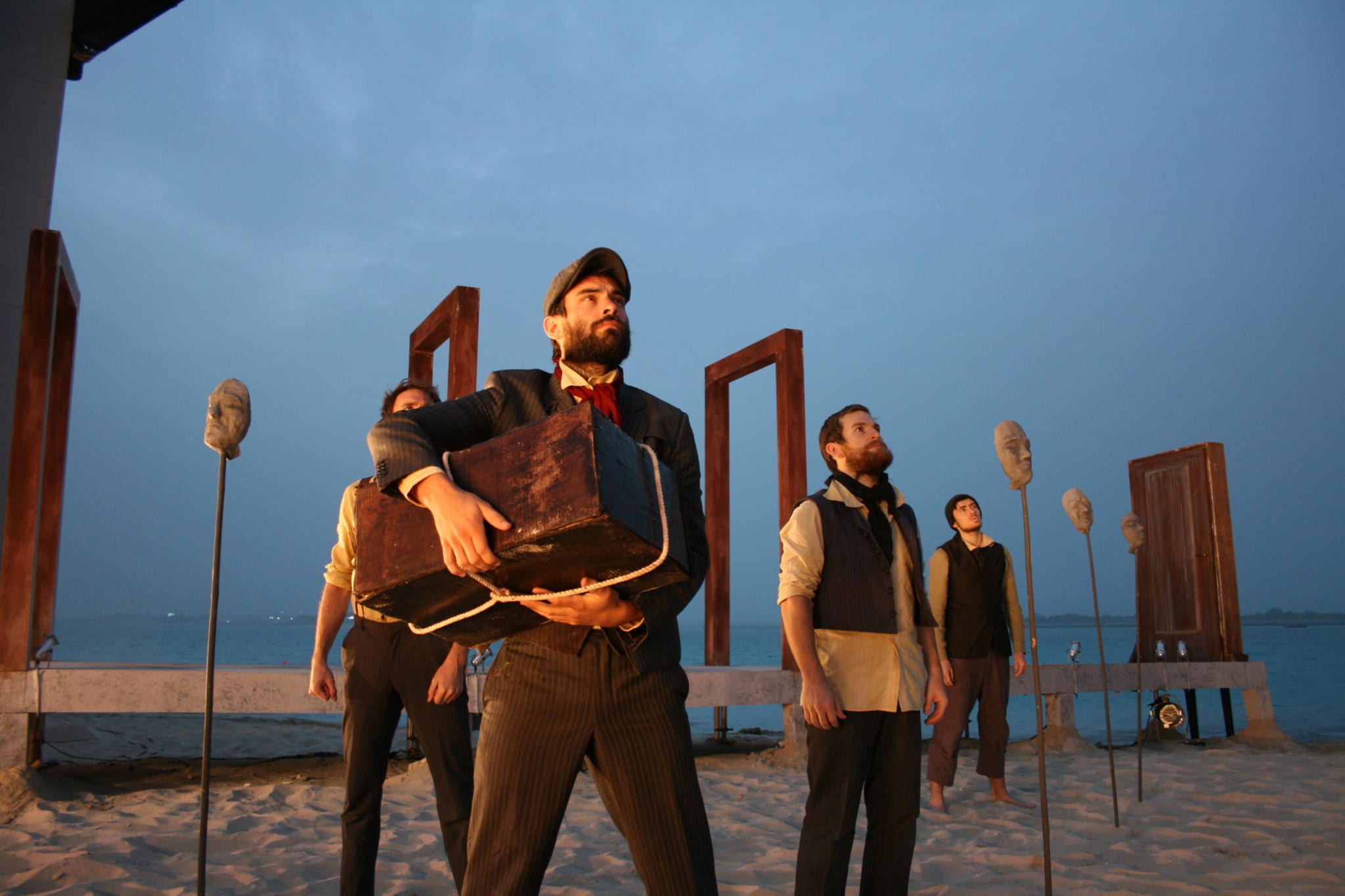 Theater Mitu folds Pirandello’s themes of travel and migration into an emotional landscape of despairing mothers, possessed lovers, trickster scribes and magical craftsmen. Working with the elegant forms of Japanese, Balinese and Arabic traditions, and featuring original live music, this expressionistic piece creates a vivid panorama to delve into the heart of the migrant experience. Mitu’s new work asks: How does hope survive amidst CHAOS? 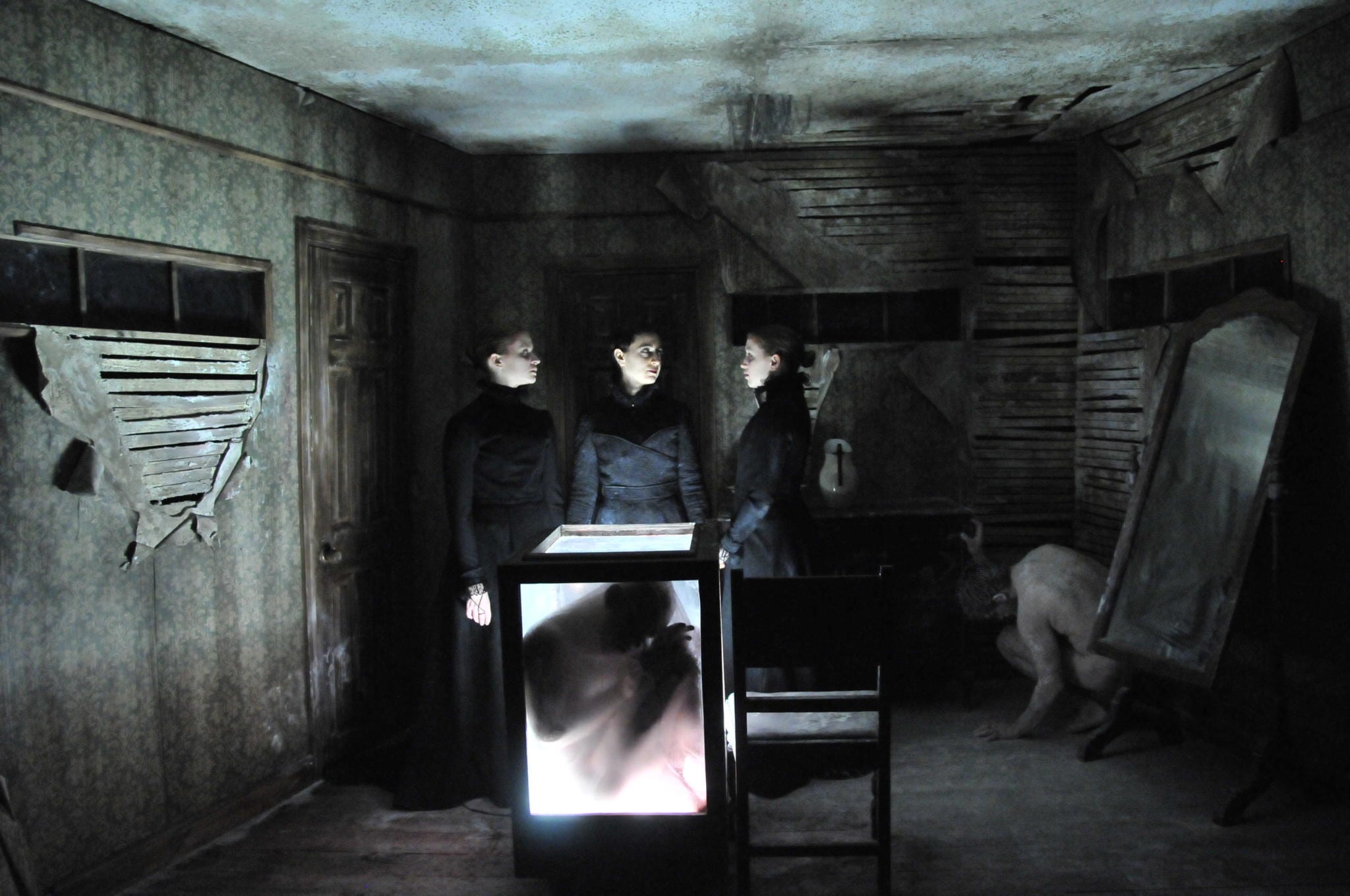 This work began with a simple question presented to every Theater Mitu actor: As an actor, what would be the most terrifying role you can think of playing? What follows is an exploration of artistic fear and impossibility melding elements of Japanese Noh and Butoh with early German cinema theory as Theater Mitu delved deep into the heart of one of the most violent and dark of human crimes. In this ancient Greek classic by Euripides, Medea – jilted bride of the Greek hero Jason – confronts betrayal, sorrow, passion, love, and ultimately death in her quest for vengeance. The company engages in a violent adaptation that examines the play’s perceptions of gender by presenting the famed villain Medea as a man and her paramour, Jason, as a woman. 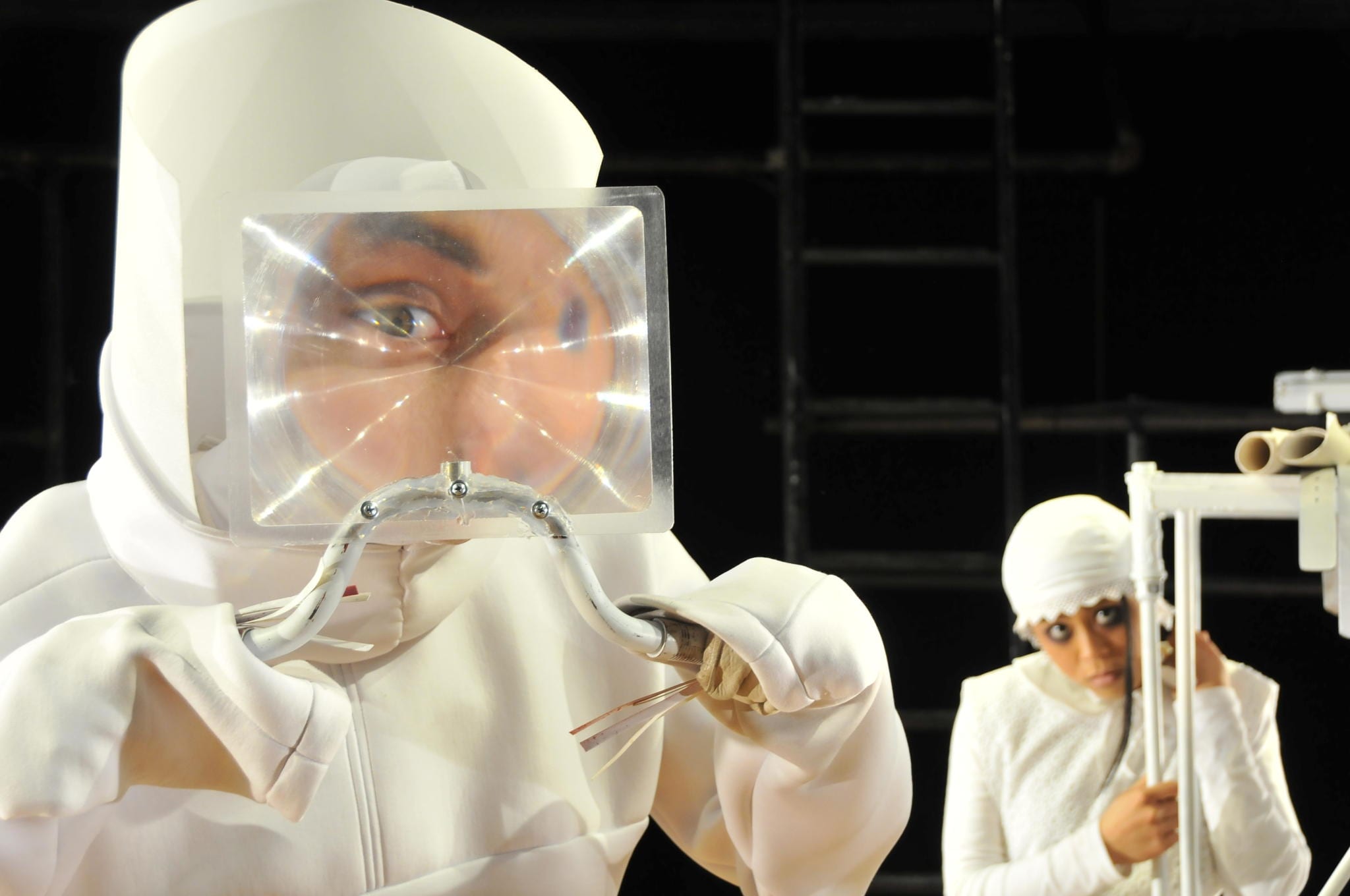 A Play On War

In a warn-torn landscape populated by an absurd cornucopia of characters on bicycles, a mother desperately tries to survive. Her tools? Laughter, sex, money, her children and an unhealthy obsession with Julie Andrews and The Sound of Music. This collaboration between NAATCO and Theater Mitu merges abstractions of Musical Theater, Peking Opera and German Cabaret for a radical new take on Brecht’s Mother Courage and Her Children.  Filled with songs and live music composed by Adam Cochran (for which he received a nomination for a Drama Desk Award for outstanding music in a play), the piece explores survival, greed, humor and the heartbreak that sits at the core of Brecht’s masterpiece. 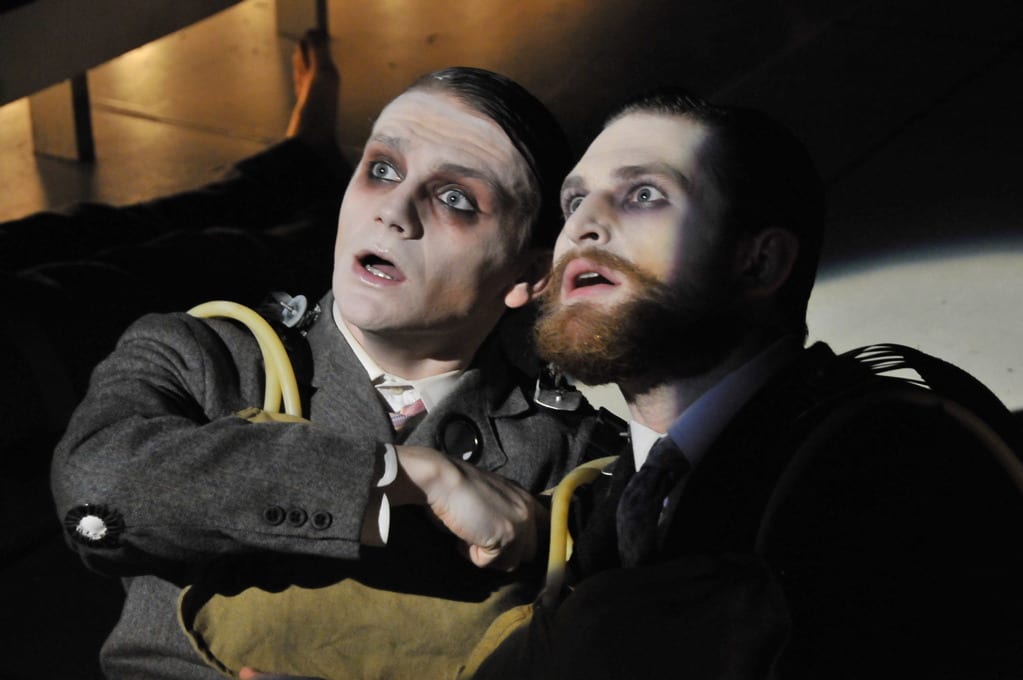 DR.C (Or How I Learned to Act in Eight Steps)

Imagine you awake one morning and don’t know who you are and you have no memories. Your task becomes to construct a life using the evidence that you can find. Such is the work of the actor …and the circumstance of the ensemble in the New York premiere of Theater Mitu’s DR.C (OR HOW I LEARNED TO ACT IN 8 STEPS). This opera in eight parts juxtaposes the physicality of the 1919 silent film THE CABINET OF DR. CALIGARI against a live score, state-of the art technology, and a new text created from the words of eight of history’s leading acting theorists–Aristotle, Appia, Stanislavski, Brecht, Artaud, Grotowski, Brook, and Bogart–to ask, “what is acting …and why do we care?” It is an unintentional homage to the people and ideas that, for better or for worse, have irrevocably shaped the way we view the art of acting.

Can faith be questioned? Can memory be contradicted? Can fear be suppressed?

At the birth of any political or spiritual movement, a leader arises to guide, fuel and inspire its followers. But when this leader falls, it is the followers that are left with the shambles of thoughts, ideas, promises and hopes–they are left to question what has truly been left behind. At a pivotal time in our own country’s leadership, The Apostle Project explores these questions. It examines how fear, memory, hope and faith propel the choosing and following of a leader. Amidst an impactful visual landscape, athletic staging and live music, Mitu engenders an emotional narrative that brings voices and images of faith-followers from throughout history and holds them accountable for our own future. 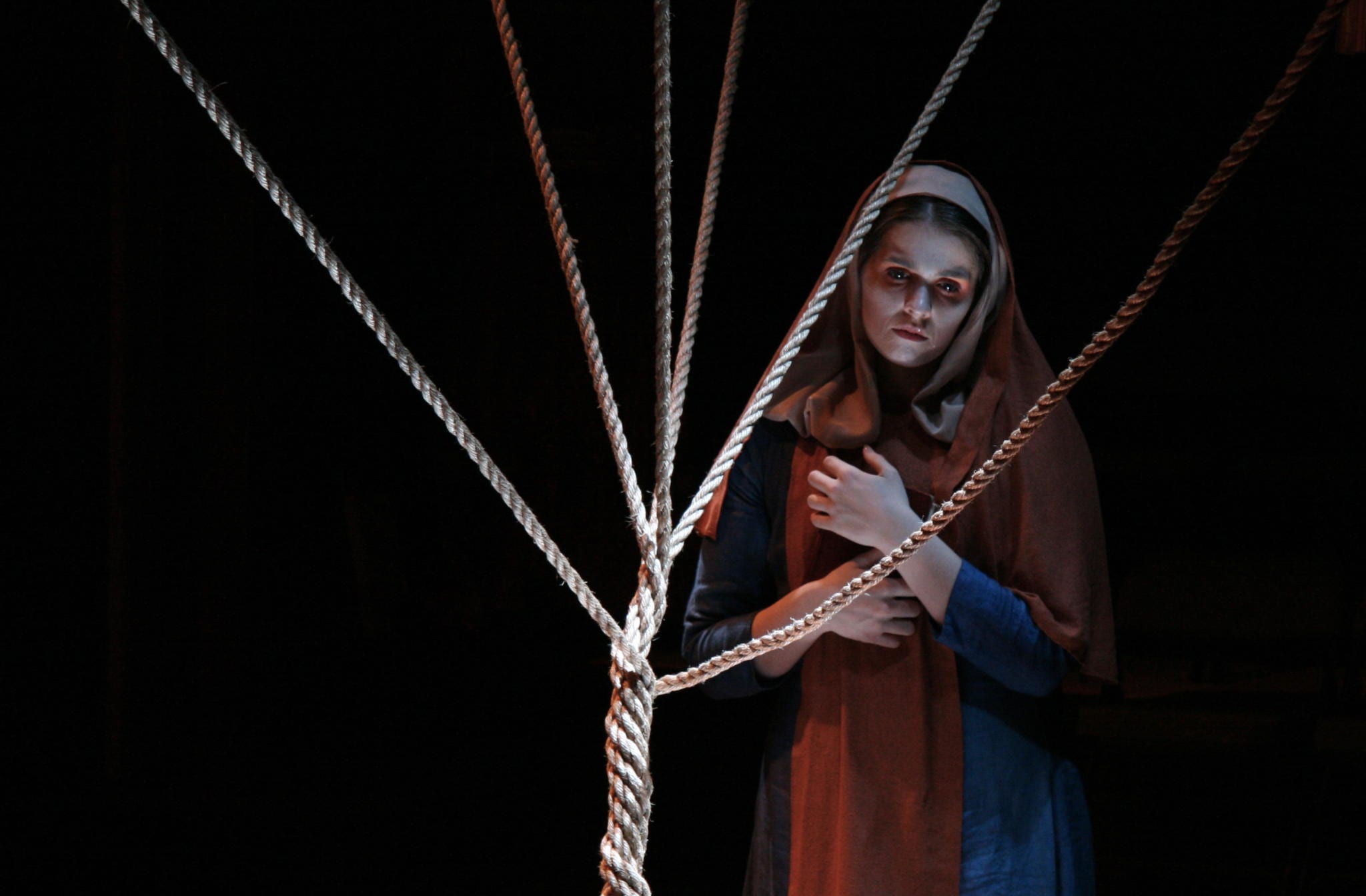 An exploration of love, darkness and faith, the piece follows a devout believer as she confronts life as it has been, as it should be and as it never will be. The piece explores notions of will, choice and divine fate. Inspired by the writings of the 17th Century Mexican poet Sor Juana Inés de La Cruz, the letters of Mother Theresa of Calcutta and the stories of various saints, the piece incorporates pre-Gregorian chant forms, Balinese mask work, Japanese Noh chorus and elements of Japanese Butoh.