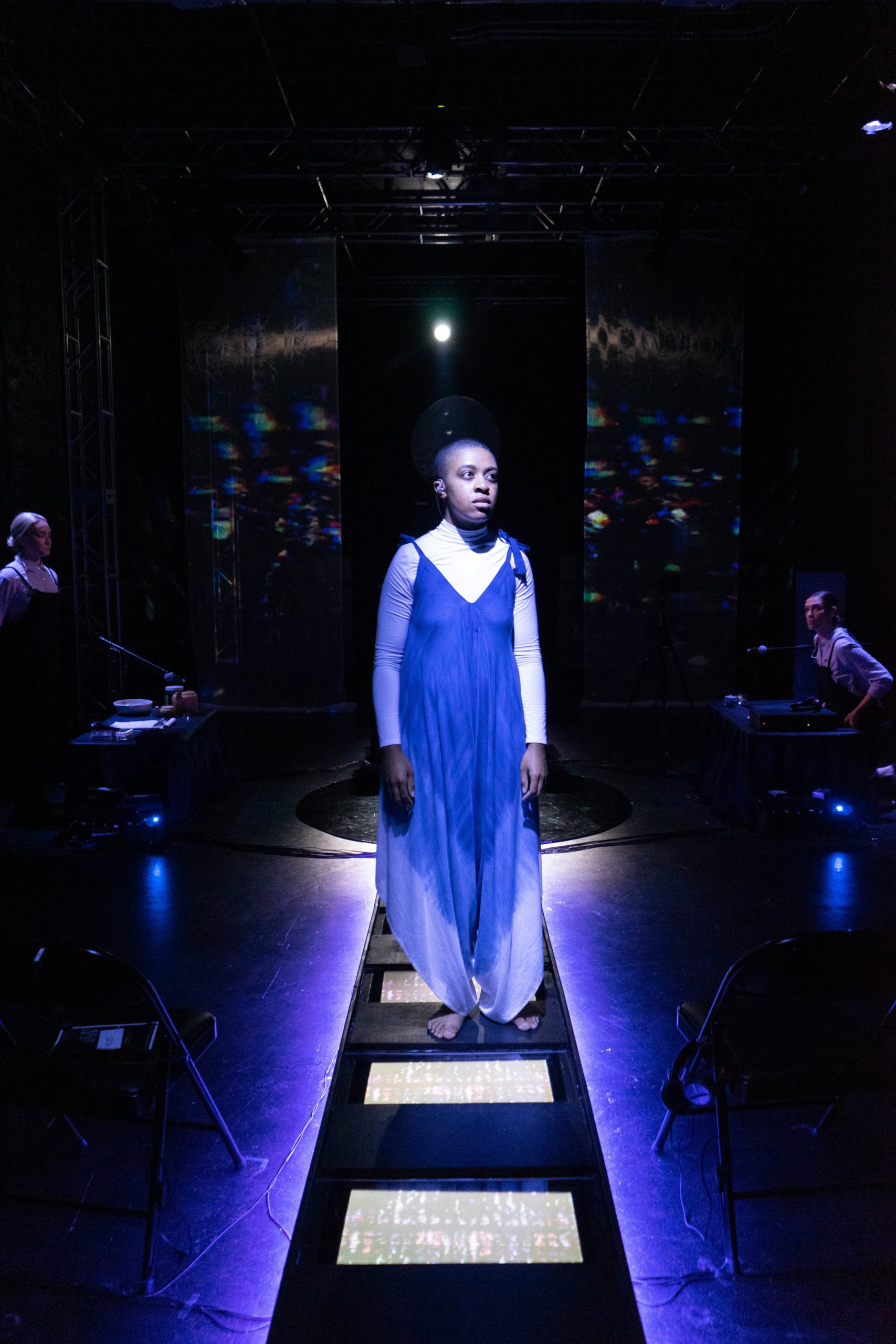 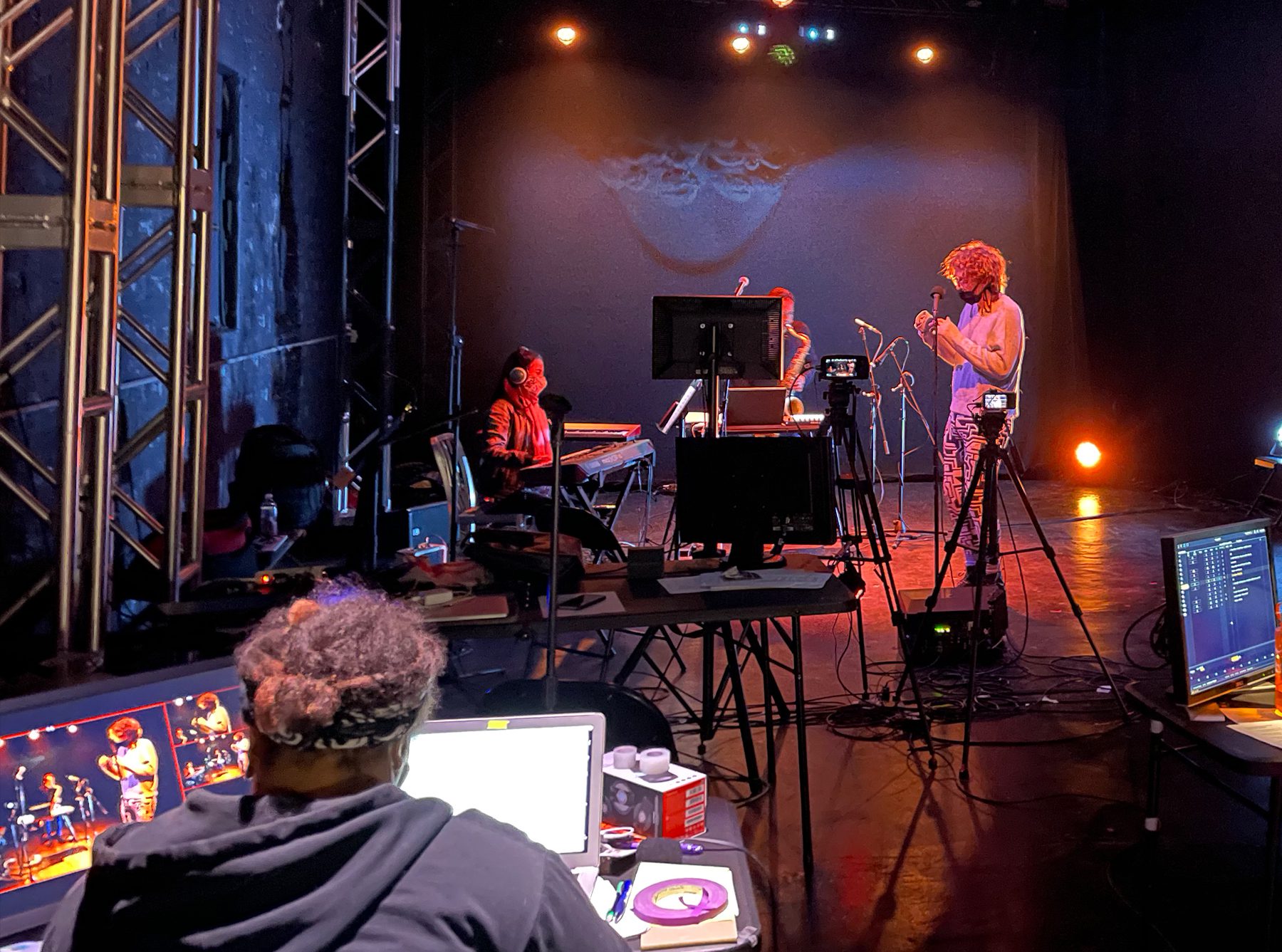 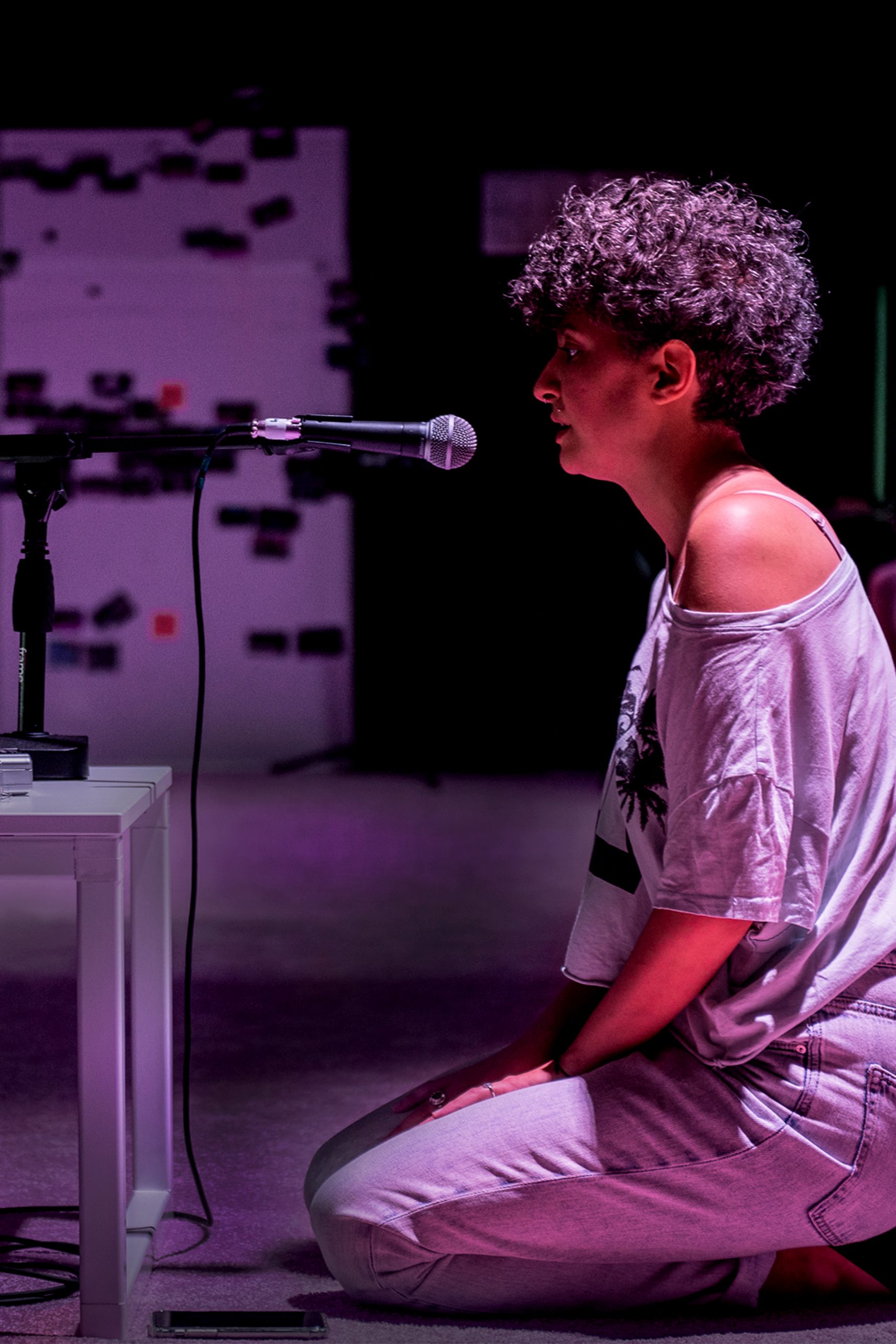 With a focus on early career BIPOC artists, this program offers creation and exhibition space, technical resources, training, and mentorship to a small cohort for the exploration, development, and expansion of their practice and a new artwork. The lab culminates in a series of in-process showings that invites our community into a conversation about process and innovation.

2022 marks our third annual Hybrid Arts Lab and thanks to the generous support of New York Community Trust’s Van Lier Fellowship Program, we will convene a cohort of 3 artists for ten months this year. Each artist will receive support to develop an artwork bridging performance and technology. This support includes: a $5,000 unrestricted stipend; two dedicated weeks of space, equipment, and technology at MITU580; mentorship and guidance from Founding Artistic Director Rubén Polendo; training and classes with guest artists in creative uses of hardware and software tools in art-making; and a series of in-process showings from the cohort of fellows.

APPLICATIONS FOR THE 2022 PROGRAM ARE NOW OPEN!

If you are interested in submitting an application for the Hybrid Arts Lab, please review these important eligibility and program criteria:

The following schedule is subject to change based on participant needs and organizational capacity but reflects the overall time commitment required to participate in the Hybrid Arts Lab.

After submitting your application through the link below, email one attached copy of the following to [email protected]

We look forward to reviewing your application!

Nia Farrell is a creator, performer, and Mundane Afrofuturist who focuses on developing new work that celebrates the dreams and stories of Black communities. Her favorite artistic spaces are community-conscious and community-driven as they are opportunities to explore identity and belonging. Recent credits include Dreams in Black Major (creator; Theatertreffen Stückemarkt 2021, Ars Nova ANT Fest 2019). Nia is a finalist for SPACE on Ryder Farm’s Creative Residency 2020 and is a member of the 2019-21 Soho Rep Writer / Director Lab where she and her artistic soulmate, Talia Paulette Oliveras, are developing their sophomore project, A Map To Nowhere (things are). When Nia’s not dreaming and scheming new Afro-futures, she is the Development Associate for Nine Muses Entertainment, founded by Bryce Dallas Howard, and the Interactive Social Media Manager for National Black Theatre. Learn more at niafarrell.com 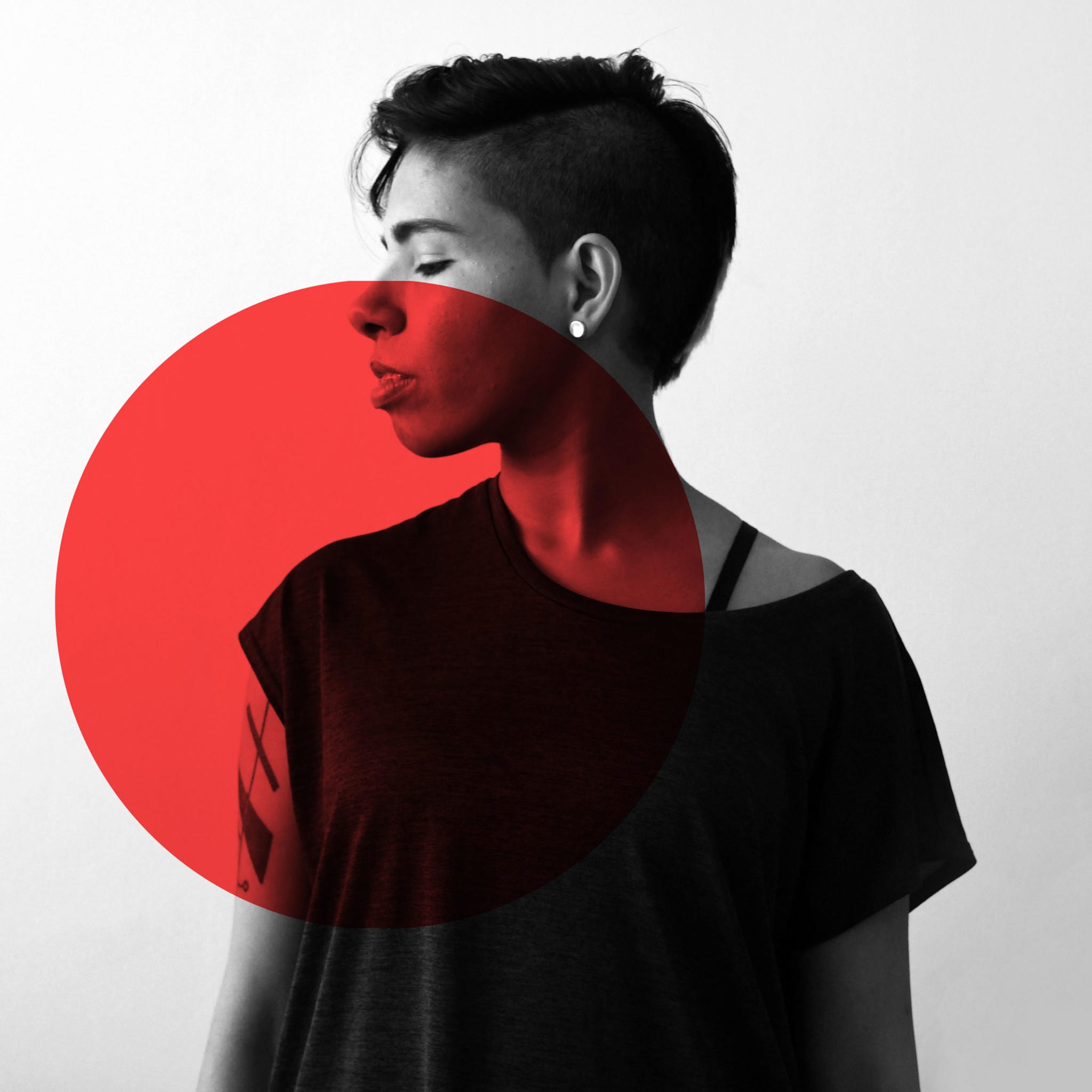 Harshini J. Karunaratne is a Sri Lankan-Peruvian photographer and projection designer currently based in Abu Dhabi. She is passionate about the intersection of film and theater, having graduated in Film & New Media and Theater from New York University Abu Dhabi in 2018.  For thesis, Harshini created a projection-based performance titled “Afterlife: an audiovisual performance,” which attempted to reimagine the magic lantern phantasmagoria shows of the 18th century using contemporary VJ techniques.  Her research focused on the ways in which immersive performances can be created that are as cinematic as they are theatrical, to create a performance that reimagined the story of Hades and the Underworld through Buddhist and Hindu beliefs. Harshini has had her work shown in Italy, Japan, the United Arab Emirates, as well as at FILE Festival in Brazil and at Burning Man in the United States. She is constantly experimenting with new forms and mediums, but behind every exploration is a passion for performance. Whether it is web design or illustration, performance and the involvement of the audience are at the core of her practice. Learn more at harshinijk.com 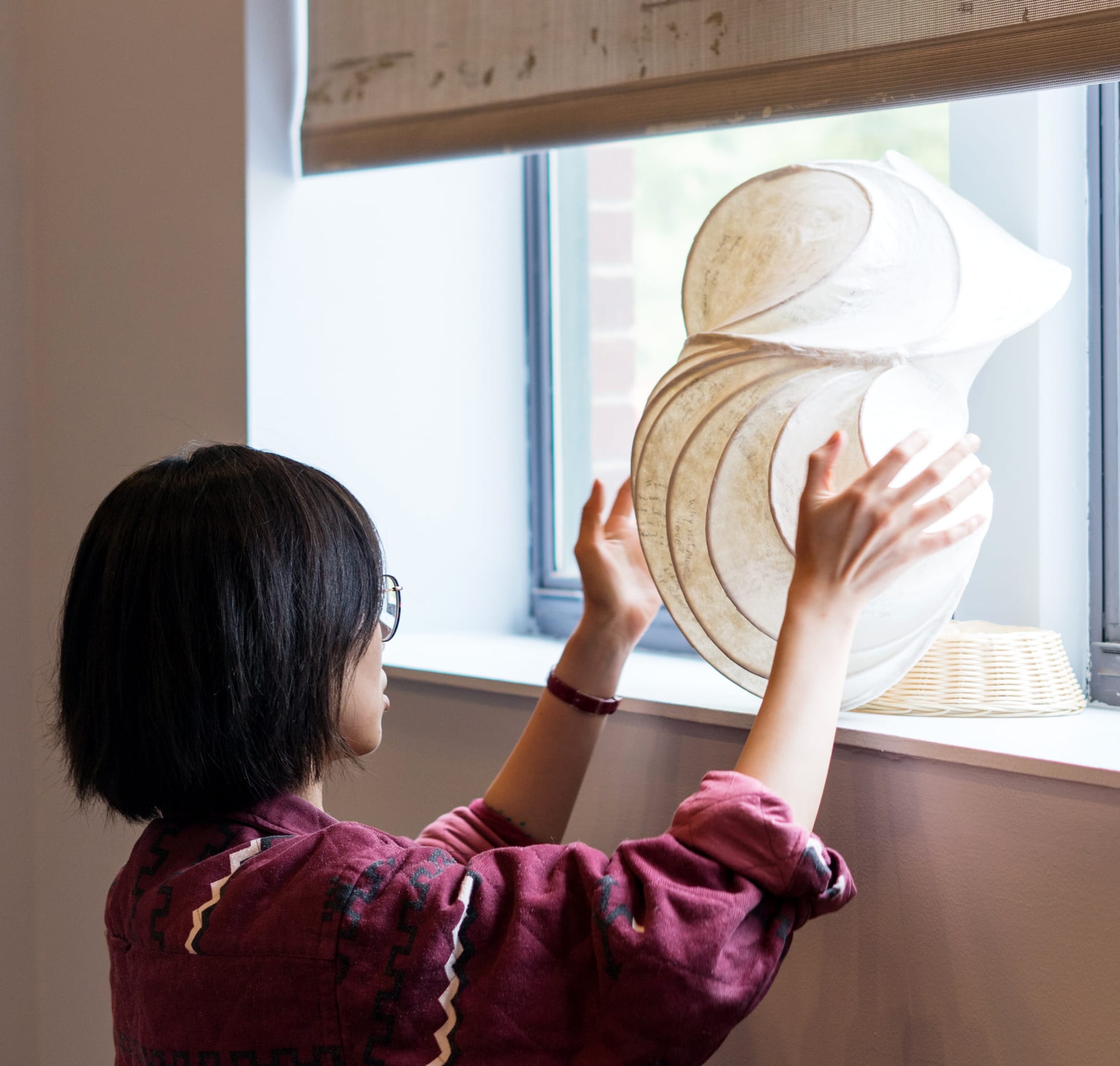 Althea Rao is a multiform conceptual artist with a social practice. Her works focus on revealing institutionalized disempowerment, facilitating radical community healing, and designing systems for intrinsic accountability. Her works exist as codes of conduct, performative interventions, multimedia installations and their documentation. She performs absurd interpretations of ethical values and negotiates idealism within a fully diverse society, while knowingly exhibits a willingness to count on human agency to see change for the better. Rao is currently an Engaging Artist Fellow at More Art and a recipient of the MAP Fund. She was an artist-in-residence at Artspace New Haven, a Fellow of Flaherty Film Seminar, and a Social Impact Fellow at Halcyon Arts Lab. Rao has lived and worked in China, Japan and the US. She holds an MFA in Film and Media Arts from Temple University and a BA in Journalism from Fudan University. Learn more at altheamrao.myportfolio.com. 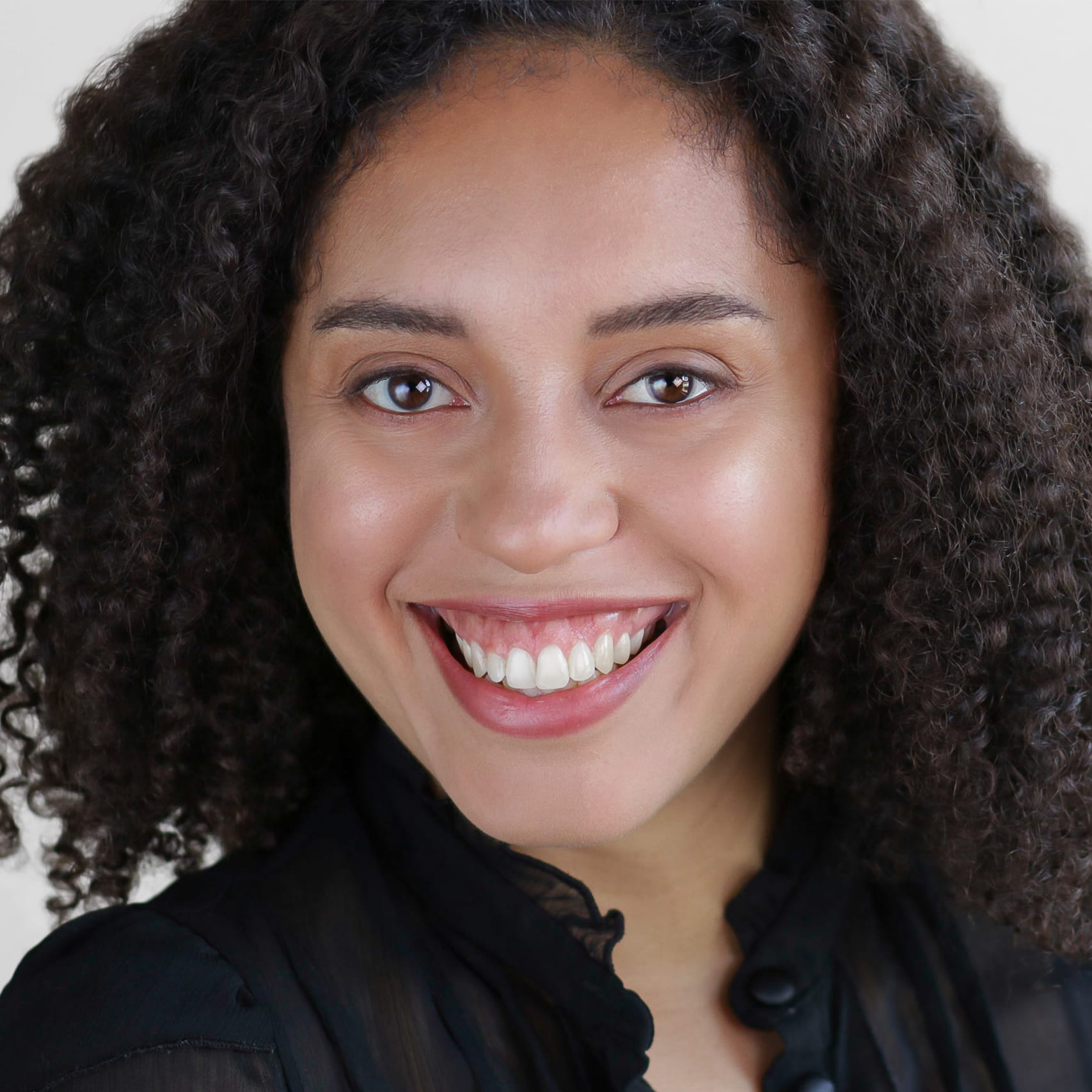 A supernatural play about a family of espiritistas navigating old magic in contemporary life. 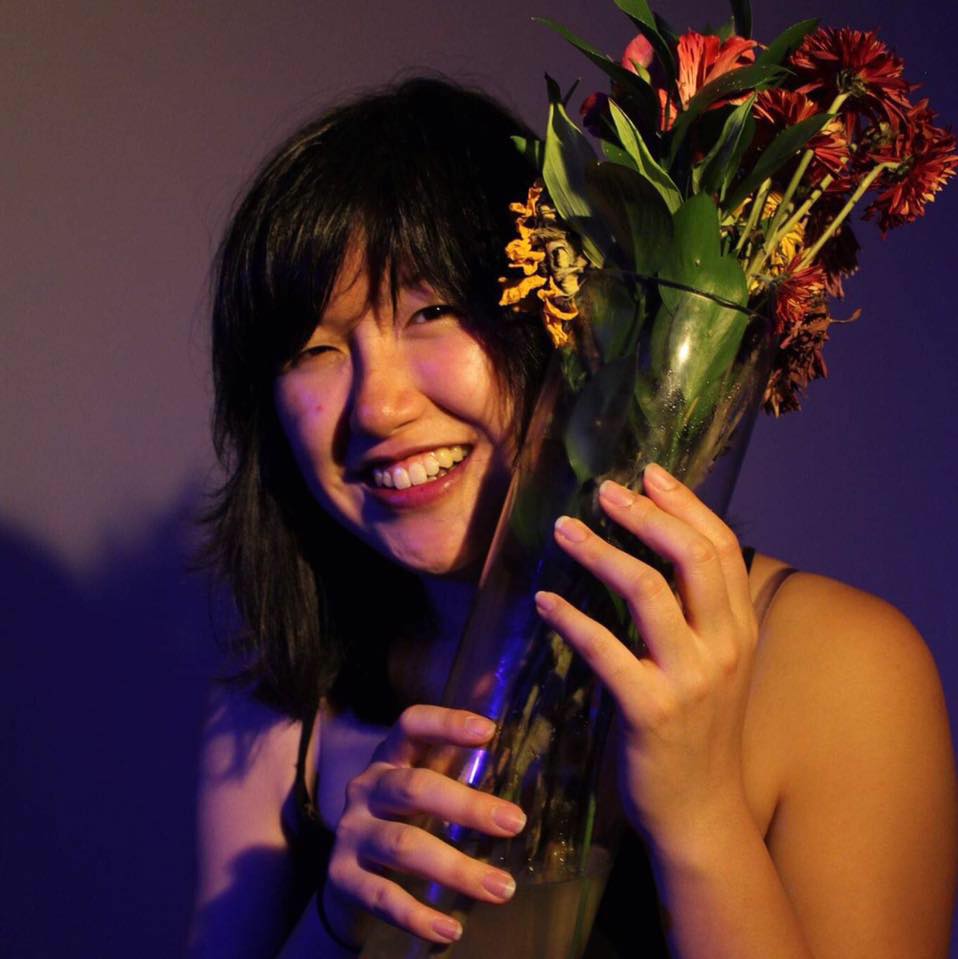 An exploration of memory through the figure of Meng Po, the Lady of Forgetfulness in Chinese mythology. She feeds souls a special brew of 迷魂湯 (’waters of oblivion’) to make them forget their previous lives before their next reincarnation. 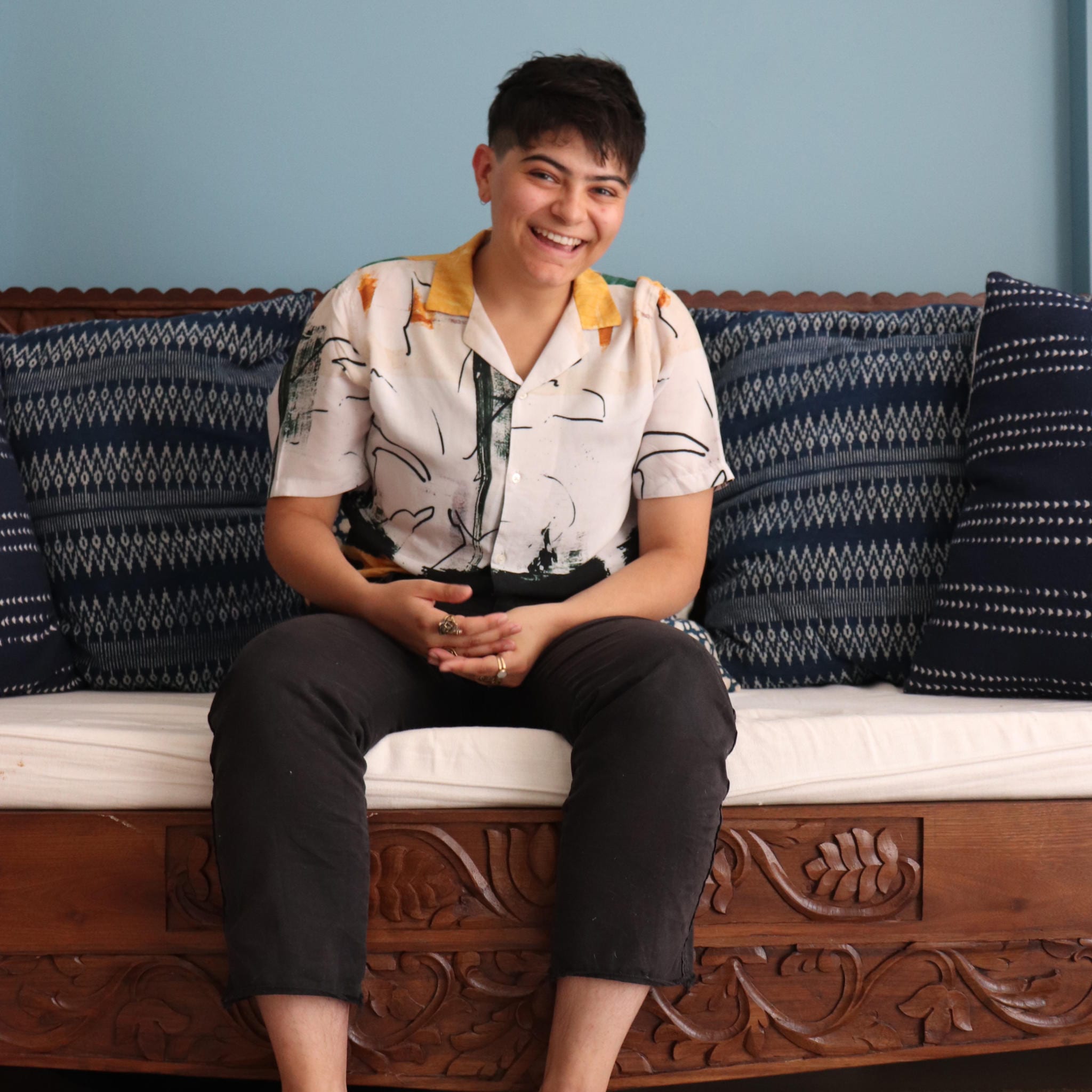 Cancel culture is used as an inter-community weapon of exile, encouraging binary thinking. We become preoccupied with what kind of people we are; whether we are “good” or “bad” people. How can we imagine beyond the binary?